This blog post is about KakaoTalk, Korea’s most popular messaging app. KakaoTalk is the most used messaging app in Korea, 99% of Koreans use it regularly. Since October last year it is possible to make a company page for free in KakaoTalk. The Kakao company page is comparable to a Facebook Page. You can share coupons, posts, videos and infographics via your profile. Furthermore, you can promote your page via display ads in both KakaoTalk and KakaoStory, a social media app from the same company. 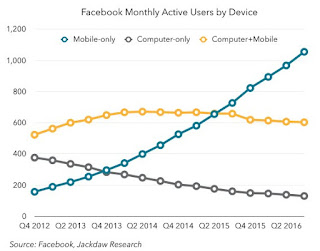 In Korea the biggest messaging app is KakaoTalk. The company that makes KakaoTalk is Kakao Corp. Kakao merged with Daum, search engine and portal and is partially owned by Tencent from China. KakaoTalk has 150 million users and is used by 93% of the Korean population. In 2015, it had a revenue of 932 billion won and net income of 77 billion won. Besides KakaoTalk, Kakao Corp has a lot more apps. For example, KakaoStory (social media), KakaoMusic, KakaoGroup, KakaoTaxi (ride-hailing), KakaoDriver and numerous games. Even a hair salon-booking app is part of its portfolio. This is all to tap into the online-to-offline, or O2O, sector. The Korean O2O sector is expected to grow from 15 trillion won 2015 to 300 trillion won in 2017. Kakao generates most of its revenue from games and music (through its cooperation with Loen). 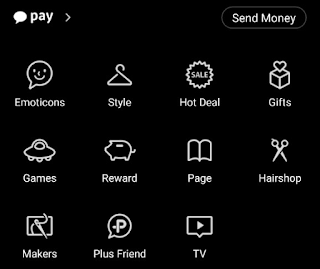 How can businesses benefit from Kakao? As a brand, you can become a “PlusFriend”. These can be airlines giving you the latest promotions or customer service like your boarding pass. Or, K-Pop bands like you can see below. Packages for Plus Friend can include paid messages and banner ads. Also, Kakao offers payment services. For SMEs, there is Yellow ID. 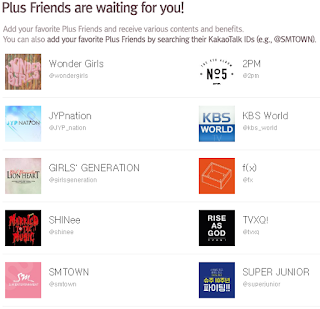 Line is a messaging app made by Naver’s Japanese office. It has 600 million subscribers, making it the third messaging app in the world behind WhatsApp and WeChat.

WeChat, from Tencent in China is considered the most progressive messaging app. For example, more people in China use apps for mobile payments than in the United States. Also, there are mobile peer-to-peer lenders. Finding lunch, ordering and paying, taking and uploading selfies can all be done with one app. Momo (a dating app), drones for delivering products and QR codes were developed here first. WeChat is also open for other companies to develop with. They rely on it for new customers and payments. Every user generates 7$ revenue per year for ubiquitous WeChat. Alibaba, Baidu and Tencent are China’s biggest technology companies.
This is the third part of the series: What is the current state of digital marketing in Korea and how did it develop in the past few years? Follow the links for the

You live and work in Korea. For some reason, you may need a certificate of your income in Korea. You END_OF_DOCUMENT_TOKEN_TO_BE_REPLACED

More and more Koreans like to travel abroad. The GDP per capita is increasing (graph is below) so more Koreans END_OF_DOCUMENT_TOKEN_TO_BE_REPLACED

Naver is the most used website / app in South Korea, according to both SimilarWeb and Alexa. Naver is mostly known END_OF_DOCUMENT_TOKEN_TO_BE_REPLACED

As you may know the Korean economy is largely dominated by conglomerates like Samsung, SK, Hyundai and LG. One study END_OF_DOCUMENT_TOKEN_TO_BE_REPLACED

So you want to do SEO, advertise or write a blog post for your organization. Keyword analysis is the cornerstone END_OF_DOCUMENT_TOKEN_TO_BE_REPLACED What are the most used social networks in Korea? That is a difficult questions to answer, it depends on many END_OF_DOCUMENT_TOKEN_TO_BE_REPLACED Want to promote your company in Korea? Worldwide, there are only three countries where the default search engine is not Google. Those are END_OF_DOCUMENT_TOKEN_TO_BE_REPLACED You live and work in Korea. For some reason, you may need a certificate of your income in Korea. You END_OF_DOCUMENT_TOKEN_TO_BE_REPLACED As you may know the Korean economy is largely dominated by conglomerates like Samsung, SK, Hyundai and LG. One study END_OF_DOCUMENT_TOKEN_TO_BE_REPLACED Want more Koreans to visit your website? Then you have to do search engine optimization (SEO) for Naver, Korea’s largest END_OF_DOCUMENT_TOKEN_TO_BE_REPLACED